When Collis P. Huntington, Eastern Agent and Vice President of the Central Pacific, found himself at a very low point in 1863 – when he could not raise funds to buy iron and other railroad hardware because the money men saw easier money to be made in war profiteering – a prior business relationship during the Gold Rush proved to be his salvation. Huntington & Hopkins Hardware had bought thousands of shovels from the Ames family’s New England factory for California gold prospectors and had always paid on time. After some consideration, Oliver Ames, Jr. agreed to make the loan on the condition that Huntington guarantee the interest payments. He also provided letters of introduction to eastern manufacturers of rails and locomotives. Huntington leveraged the loan to buy the rolling stock, rails, and other hardware the Central Pacific needed to get started.

The Ames brothers had pulled Huntington’s fat out of the fire, not as an act of charity, but because Oliver Ames could see additional demand coming from a successful railroad. Ames could not have foreseen, however, that he ultimately would become Huntington’s competitor in the race across the continent. And, in that race, the era of good feelings sometimes turned acrimonious.

Oliver and Oakes Ames had made a fortune during the California Gold Rush and added to that fortune supplying materials to the Union Army during the Civil War. With their cups running over, they made the unfortunate decision of joining Thomas Durant’s Union Pacific railroad enterprise. Republican Oakes won a seat in the House of Representatives and an all-important appointment to the House Committee on Railroads. Oliver secured a seat on the Union Pacific’s board of directors and ultimately served as president pro tempore from 1866 to 1868. He was formally elected as the company’s president in 1868 and continued in that role until 1871. 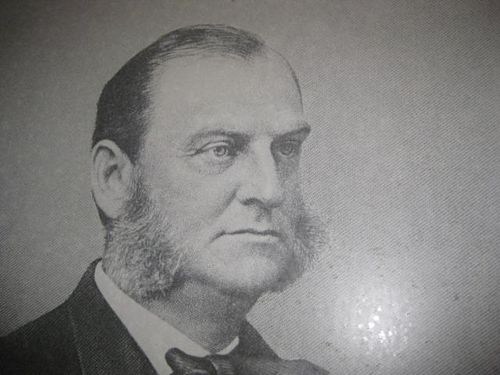 They should have known better. But just as investors have pursued every venture related to computers and the internet in the past 25 years, investors wanted everything related to railroads in mid-19th century America. And what siren song beckoned more loudly than building the country’s first transcontinental railroad? Had the Ames brothers done their due diligence, they would have known Thomas Durant was a man from whom they should keep their distance.

Unlike the Associates of the Central Pacific, who largely cooperated in their venture and by all accounts appeared to endeavor to build a solid railroad from Sacramento to Promontory Point, company vice president Durant continuously created controversy. For him, the building of the railroad was the thing. Through his construction contracting company, Credit Mobilier, he sought to extract as much money as possible from the building of the railroad. Credit Mobilier, obstensibly an entity separate and apart from the Union Pacific but in reality a different shell with the same owners, overstated expenses. The bills were passed on to the U.S. Treasury and to Union Pacific shareholders. Of course, the entire enterprise included Oakes Ames bribing Congressmen and Senators with Credit Mobilier stock, selling to them well below market. (The Central Pacific was equally guilty of lining legislators’ pockets.) Sucked into Durant’s scheme (perhaps as much by greed as by exasperation), the Ames brothers came to regret their association with him. The New York newspaper, The Sun, broke the story during the 1872 Presidential campaign. Congress later censured Oakes Ames and one Democrat. The Union Pacific slid into bankruptcy. 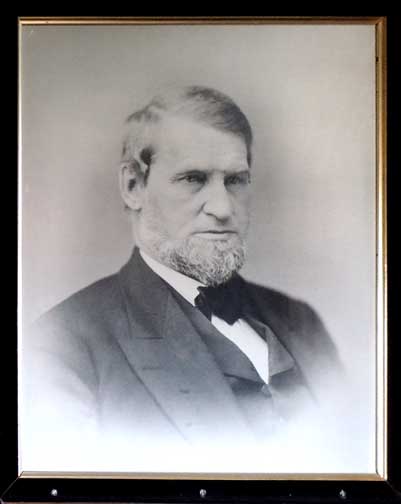 Back to that much needed loan. As the competing railroad companies crossed the Utah line, each wanted to extend its line as far as possible. This inevitably led to confrontation, with Huntington having no regard for prior good feelings. In one instance, Oakes Ames offered to split the difference between the two railroads’ progress. Huntington blared “I’ll see you damned first.” (Lavender, The Great Persuader, p. 238). Each man threatened to sue the other. Their minions in Congress leveled charges against their masters’ opponents. In the end, the threat of Congressional investigation brought both Huntington and Ames to their senses, thereby paving the way for the Golden Spike ceremony at Promontory Point. Thomas Durant certainly made the journey an interesting one.