This story is condensed from: EVERY VETERAN HAS A STORY_______

The other morning I woke up and looked out the window and saw pumpkins smashed and some decorations strewn.  “Ah, good,” I said to my daughters, “someone has done their research on the history of Halloween!”

They rolled their eyes and kept reading the comics over their bowls of cereal.  After 13 years of fatherhood, I’d lost the ability to shock them…or they were hoping by their indifference to ward off the inevitable history lecture to follow.  If so — it didn’t work.
Foe much of our history, Halloween wasn’t about trick-or-treating or going around in costumes – it was about vandalism.  Halloween celebrates the dark side, the side we reject and fear – all that we try to deny.  Mischief making has historically been a part of that.  If you look at newspapers 80 or 90 years ago…

The Civil War Hits Home: A High Price Paid by the Guilford Grays at Bristoe Station 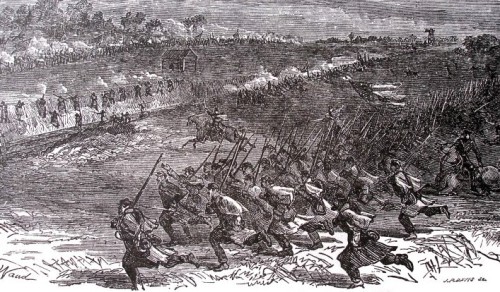 On the morning of October 15, 1863, General A.P. Hill rode over the battleground at Bristoe Station with General Robert E. Lee. Hill repeatedly apologized to Lee for his failure on the day before, which cost so many lives. Lee seldom spoke in harsh terms and chose not to on this occasion. “Well, well, General,” he said, “bury these poor men, and let us say no more about it.” Hill had served Lee well in earlier engagements. Lee could only hope Hill would learn from this mistake. [Foote, The Civil War, A Narrative: Fredericksburg to Meridian, First Vintage Books 1986 Edition, pp. 792-794 (first published by Random House, New York: 1963); Robertson, General A.P. Hill: The Story of a Confederate Warrior, Random House (New York: 1987), p. 239.]

The day before, Hill had allowed two brigades to march over an open field into a Yankee trap. The Confederates marched over 800 yards of barren, open field, prepared to attack a small force that appeared to be trying to escape across Broad Run. Beyond the creek, 3,000 Union soldiers waited, safely entrenched behind a railroad embankment. Before ordering his men forward, General Heth spotted the glint of bayonets to his right front. He reported his observation to Hill and asked whether the troops should wait for reconnaissance before going forward. Hill feared the Yankees in front of Heth’s troops might escape. He ordered Heth to attack immediately. Enfilading fire on the right and artillery on the left rained down on the Confederates. The 27th North Carolina Infantry Regiment caught the worst of it. Out of 416 men engaged, 290 were captured, killed, or wounded. On the eve of the Civil War, Greensborough, North Carolina’s population numbered around 2,000, and Guilford County’s population was about 20,000. By the end of the war, approximately 1,500 Guilford County men served in the Confederate army. Among the companies Guilford County sent to war were the Guilford Grays. By 1863, the Guilford Grays had been absorbed into the 27th North Carolina. Sixty-three of them went into battle at Bristoe Station. Over forty of them were killed, captured, or wounded. Several later died of their wounds. [Sloan, Reminiscences of the Guilford Grays, pp. 72-73 (1883)] The losses at Bristoe Station had to hit the small community very hard, particularly on the heels of Gettysburg only three months earlier. In that better-known engagement, 40% of the 45th North Carolina fell at Gettysburg. The regiment included Guilford County Company C. [Foley and Whicker, The Civil War Ends – Greensboro, April 1865, Guilford County Genealogical Society (Greensboro: 2008), pp. 85-94] Battlefield lapses are a terrible thing. Commanding officers pay with tarnished reputations – Lee for ordering Pickett’s Charge at Gettysburg; Grant for failing to scout the ground at Cold Harbor; Hill for his aggressiveness when not tempered by good judgment (i.e., failure to scout the ground). Soldiers who take the battlefield pay with their lives. SOURCES:

Military Significance of the Panama Canal 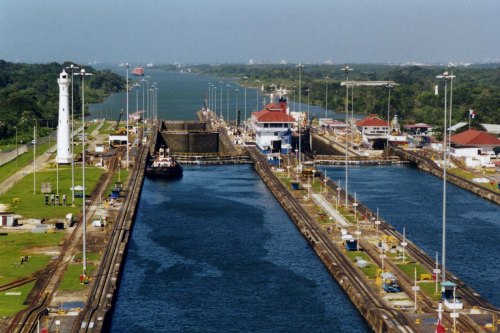 While few commentators doubt the commercial benefits of the Panama Canal, many question the canal’s continued military significance. Much of that is due to the presence of United States naval fleets around the world and the canal’s inability to accommodate the larger ships. That said, one military event served as the catalyst for America’s drive to acquire the right to build the canal.

In the early days of the Spanish-American War, the battleship Oregon was in San Francisco when the Maine’s explosion in Havana served as America’s excuse to declare war on Spain. The Oregon took more than two months to sail from San Francisco to Palm Beach, Florida. Had there been a suitable canal across the Isthmus of Panama, the Oregon’s journey would have been 4,000 miles rather than 12,000. America’s acquisition of the Philippines enhanced America’s role in the Pacific. Whether or not politicians chose to accept the label, America had become an empire that required a greater naval presence around the globe and less obstacles in the path of American warships. 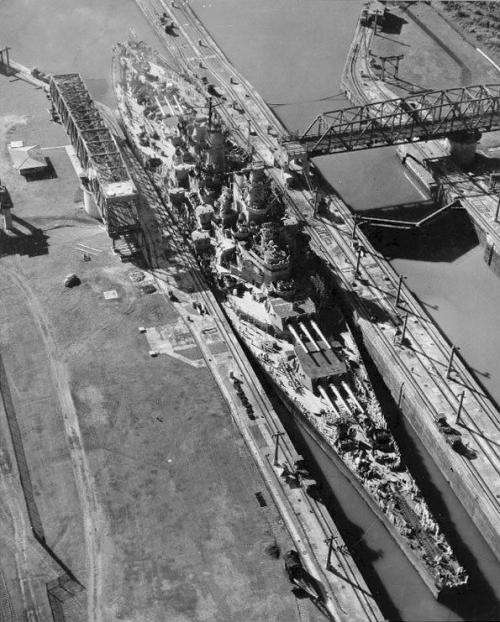 USS Missouri passes through the Panama Canal in 1945 (Source: Wikipedia.org)

The United States had implemented several measures in 1939 to protect the Canal: special equipment to detect underwater mines in the lock chambers; restriction of commercial traffic to one side of the dual locks; and inspection of all ships before they entered the Canal. Once the United States entered the war, the government reached agreements with neighboring countries to allow the United States to install or expand naval installations in the region to provide a protective ring for the Canal.

The Canal has lost much of its strategic usefulness, particularly with the Navy’s reliance on aircraft carrier-centric fleets and the construction of other ships too large to pass through the Canal. That, together with the Canal’s vulnerability to attack, allowed the Joint Chiefs of Staff to support the 1979 Carter-Torrijos treaty, which returned the Canal to Panama in 2000. [Creighton, “Panama Canal Role Fades for Military,” Chicago Tribune, April 13, 1988] For an account about the challenges the Canal poses for aircraft carriers, see “Towing the Big E,” Daily Press (July 29, 2012).