The Presidential Election of 1876

Regardless of your political affiliation, you certainly remember the Presidential election of 2000, when George W. Bush ultimately prevailed over Al Gore. By a 5-4 decision, the United States Supreme Court ultimately validated the election results certified by a Florida Republican official.

Flash back to the Presidential election of 1876. Inauguration day was set for Sunday, March 4, 1877, giving government leaders four months between November and March to resolve the election results of a hotly contested election. Three former Confederate states were in play: South Carolina, Louisiana, and Florida.

Federal troops played a significant role in the South in the years after the Civil War (Reconstruction). The troops protected African Americans from white persecution and guaranteed that Republican officials ran the state governments. White Southerners strongly resented the presence of federal troops within their borders. In the months leading up to election day, organized groups of whites intimidated African Americans, working diligently and violently to suppress black turnout at the polls. 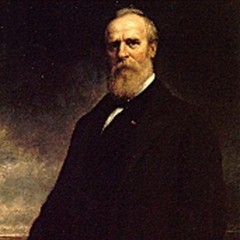 Republican officials in South Carolina, Louisiana, and Florida certified the results, in each case tossing out enough votes for the Democratic candidate, Samuel Tilden, to give the state’s electoral votes to the Republican candidate, Rutherford B. Hayes. But the game was not over. On the first Wednesday in December, the Democratic electors met separately from the Republican electors in each of the three states and cast their votes for Tilden. It appeared the country might be at the brink of another civil war. 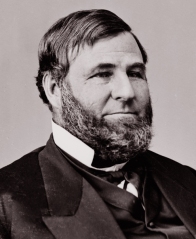 The Democrats controlled the House of Representatives and the Republicans controlled the Senate. Ultimately, the politicians agreed to appoint an advisory commission consisting of five members from the Senate (3 Republicans and 2 Democrats), five from the House (3 Democrats and 2 Republicans), and five from the Supreme Court, who were to be selected by agreement of the 10 members from Congress. Two of the justices were Democrats and two were Republicans. Everyone expected the commission to select independent David Davis as the final member. Everyone was wrong.

In those days, each state legislature selected its United States Senator. The Illinois state legislature, deadlocked over its choice, chose Justice Davis as its compromise choice. Davis agreed to take the Senate seat and resigned from the Supreme Court. All of the remaining justices from whom the commission could choose its final member were Republicans. Thus, the commission, with a one-vote Republican majority in the Supreme Court, recommended that Congress accept the election results certified by the Republican election officials in the three contested states. 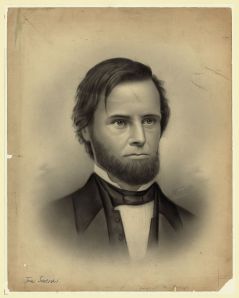 But all was not over. Many Democrats believed they had been robbed of the White House. In an unwritten agreement between the Hayes men and Southern moderates intended to calm the nation, the Hayes men agreed to withdraw federal troops from the South, provide no further support for the carpetbaggers in Louisiana and South Carolina, and allow the Democrats to resume control of the state governments. Generations of African Americans paid dearly for the compromise. In the height of irony, the Hayes men included Senator John Sherman of Ohio, whose brother had made Georgia howl, and Senator John Gordon of Georgia, who had served as a general in the Confederate army.

For more information about the 1876 election and its aftermath, please go to the following sources: 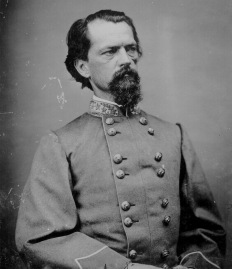