You are walking in downtown Philadelphia. You call your friend in Pittsburgh to trash talk about tonight’s 8:00 p.m. game between the Flyers and Penguins in Philly. When the game starts at 8:00 in Philadelphia, it’s 8:00 in Pittsburgh, too, right? Of course, it is. It’s even 8:00 in most of Indiana. The time is the same because the United States adopted four time zones across the lower 48 in the 1918 Standard Time Act.

Before that time, the cities’ clocks could have read differently – 8:00 in Philadelphia, 7:45 in Pittsburgh. Pittsburgh is roughly 188 miles west of Philadelphia and the “real time” based on the sun’s position in the sky differs one minute every 12.5 miles.

Can you imagine a world where every individual’s clock could vary by minutes rather than by the uniform times largely adopted by most countries? There was a time it was so.

You remember the sun dial. Fortunately, none of us have to go out into our garden (sunny days only) to get a general idea about time. As recently as 1850, it really did not matter that much. Few people traveled more than 12 miles each day. Each town could set its clock tower to “real time.” 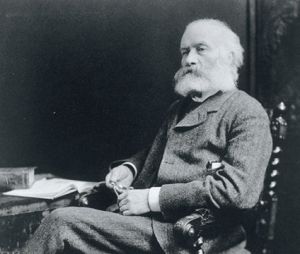 The railroads changed all that. In 1880, one could travel over 200 miles in a single day. Train schedules were a real mess. A Canadian railroad engineer, Sandford Fleming, deserves most of the credit for cleaning up that mess by promoting today’s generally uniform time zones in North America. On November 18, 1883, the North American railroads adopted Fleming’s recommended standard times for the railways. In the following year, the International Meridian Conference – in which Fleming was instrumental – was held in Washington, DC. The conference proposed using the Greenwich Meridian for longitudinal references, and adopted a system whereby the 360-degree circumference of the planet was divided by 24, the number of hours in each day, resulting in 24 international time zones covering 15 degrees each.

Many town and city leaders chose not to follow the example set by the railroads. Old habits are hard to break. So it was 1918 before the federal government required them to fall into line.

For me, it’s tough enough adjusting between standard and daylight savings time. Forget adjusting the watch every time I travel more than 12.5 miles east or west!

For more time-related information, go to the following sources:

“The Invention of Clocks,” http://inventors.about.com/library/weekly/aa072801a.htm