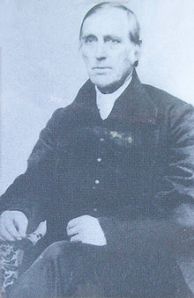 Anyone who has studied the antebellum period knows that slavery violated Quaker principles and that some Quakers participated in the Underground Railroad. One of the most notable Quakers in the Underground Railroad was Levi Coffin, who was born in Guilford County, North Carolina, but as a young man moved to Indiana and later to Cincinnati, Ohio, where he served in the unofficial capacity of “president” of the Underground Railroad). But it was not always so. For well over one hundred years, slave ownership did not violate Quaker principles. Some Quakers owned slaves prior to the American Revolution and others retained that status even after the American colonists won their freedom from Great Britain. 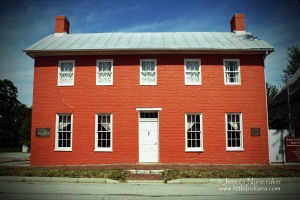 In that most propitious of years, 1776, the Society of Friends made the purchase of slaves a disownable offense (i.e., a Quaker who persisted in violating that principle would be taken off the rolls of the Society). The issue then became how to handle those Quakers who already owned slaves or those who inherited slaves at a later date. The Society of Friends’ practice with respect to all Quaker principles was to persuade non-compliant Quakers to desist from actions inconsistent with those principles.

That was easier said than done in North Carolina, where state law forbade owners from freeing their slaves absent proof of some “meritorious” act, largely defined as some form of heroic conduct. The owner was also required to post bond with the court in an amount equal to the slave’s value – not easy when money was in short supply.

In 1828, the NC Society of Friends owned more than seven hundred slaves. Of course, these African Americans were not treated as slaves, although they retained that status under North Carolina law. Over the years, the Quakers gradually achieved the slaves’ freedom by transferring the slaves to Quakers who left North Carolina to live in free states. Upon arrival in a free state, the Quaker “slave owner” would then set the slave free.

Thus, one should understand that although Quakers reached their anti-slavery principles almost ninety years before the Civil War and the Thirteenth Amendment outlawed the practice, they, too, took time to reject the institution as inconsistent with their moral principles and religious beliefs. Of course, they reached that conclusion without a bloodbath that took over six hundred thousand American lives.

For a more detailed discussion of this topic, see Seth B. Hinshaw’s The Carolina Quaker Experience (Chapter 12, “Effects of Slavery in the South”), Thomson-Shore, Inc., Dexter, MI (1984).