In my novel New Garden, p. 140, I make a brief reference to Thomas Day:

Ellen McAllister had selected all of the home’s furnishings with the exception of those in her husband’s study. Some came from her childhood home in southside Virginia, but most were made by Thomas Day, a free African-American furniture maker who operated a shop in Milton, North Carolina. 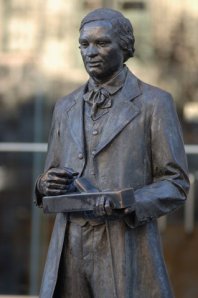 Anyone familiar with the work of Thomas Day knows that antebellum wealthy citizens of North Carolina and Virginia, especially tobacco plantation owners in the Dan River Basin on the Virginia-North Carolina border, prized furniture manufactured by Day.

Day was born in 1801 in southern Virginia, the child of “free persons of color.” He learned his cabinet making skills from his father, who moved the family to Warren County in 1817. In 1825, Day moved to Milton in Caswell County on the Virginia border.

Day quickly acquired a reputation for excellence. Buyers sought not only his furniture, but also fireplace mantles, stair railings, and newel posts for their homes. His pieces were largely of the popular Empire style, but some details often deviated from the norm, giving them a unique sought-after Thomas Day touch. Demand grew to a point that by 1850, he operated the largest furniture factory in North Carolina. He used the latest tools of the period, including machinery powered by steam engines. His employees included slaves that he owned, who worked alongside white employees. In 1838, his white employees included five Moravians of German descent.

As was true in many other states in 1830, North Carolina law prohibited free blacks from migrating into the state. Day had fallen in love with a free black Virginian, Aquilla Wilson. Day’s reputation within North Carolina’s elite was such that 61 white citizens of Milton signed a petition to the state legislature asking that an exception to the law be made for Miss Wilson. The exception was granted, allowing Thomas and Aquilla Day to live together as man and wife. 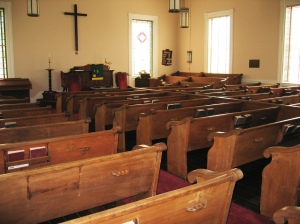 Day straddled two worlds. He catered to the white elite while negotiating the laws that restricted the movements of persons of color. He sent his children to Wesleyan Academy in Massachusetts for their education. He attended at least one abolitionist meeting in New York City in 1850. On the other hand, his shop built the pews for Milton Presbyterian Church, where his family sat among the white parishioners while slaves and other free persons of color sat upstairs. By 1850, he also owned fourteen slaves, but they likely were slaves in name only, as North Carolina law placed severe restrictions on manumission of slaves. New Garden, p. 202.

Like most American businesses, Day’s enterprise suffered from the economic downturn brought on by the Panic of 1857. Day died in 1861, but he had left an indelible mark on the North Carolina economy, an example of what a free African American could accomplish if given only the slightest chance to succeed.

For more about Thomas Day, go to the following sources: