The Family Tragedies of Lincoln and Davis

The Lincolns lost their eleven-year-old son, Willie, in February 1862, to typhoid fever. Another son, Eddie, had died of an illness two months shy of his fourth birthday in 1850. The President, in the middle of managing the Union war effort, had little time to grieve. Mrs. Lincoln took Willie’s death particularly hard, later seeking to make contact with him in séances. She often cited Willie’s death as a reason her husband should keep their oldest son, Robert, out of the army. However, despite the Lincolns’ efforts, Robert ultimately served on Grant’s staff in the waning months of the war. 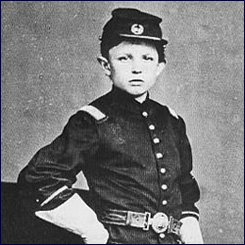 One hundred air miles to the south, the Confederacy’s executive couple suffered a tragedy of their own in April 1864, when their five-year-old son, Joe, fell to his death from a second-floor balcony. Like his northern counterpart, President Davis had to continue managing the Southern war effort while grieving a son’s tragic death. Mrs. Davis had to deal with her grief while in the seventh month of pregnancy.

Both deaths were tragic. Willie’s, however, was not out of the ordinary in the 1860s.

Take a look at the obituaries in your local newspaper. This morning, my local paper lists 26 deaths (actually 27, but one obituary does not list the decedent’s age). Twenty-one of those are people who reached at least seventy years of age. In contrast, children five years old or younger accounted for fully half of all deaths in mid-nineteenth-century urban America. The leading causes of death for children were diarrheal (cholera, dysentery, typhoid) and respiratory (tuberculosis, influenza, bronchitis, and pneumonia). 1

Contaminated drinking water was the leading culprit. Death rates for children did not decline appreciably until cities improved water supplies and sewer systems. By 1925, childhood deaths accounted for 25% of all deaths in Chicago.

Improvements in medical science have reduced the numbers even further. In 2007, the CDC reported that children under the age of five accounted for 6.6% of all deaths, with children ages one to four accounting for only 0.12% of all deaths. 2

More recent statistics show accidents as responsible for 34% of deaths for American children under the age of five, whereas pneumonia and influenza contribute to only 2% of such deaths, essentially a reversal of their roles in the 1860s. 3

While soldiers identified their enemies by the color of their uniforms 150 years ago, the country’s children were threatened daily by an invisible enemy lurking in their water supply. Among our blessings this Thanksgiving, we can thank the engineers and scientists who have improved the prospects of our children and grandchildren by providing all of us with cleaner water and significant improvements in medical science.